The idea of “Crown Shyness” is inspired by a phenomenon that is observed in some tree species “in which the crowns of fully stocked trees do not touch each other, forming a canopy with channel-like gaps. The phenomenon is most prevalent among trees of the same species, but also occurs between trees of different species.” 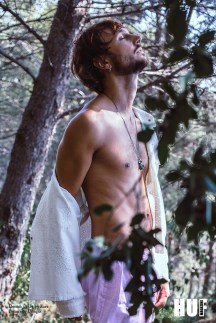 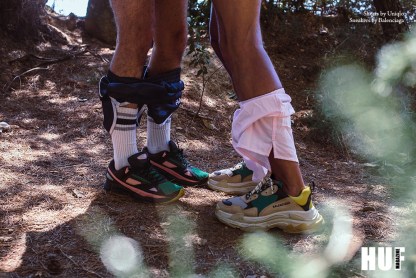 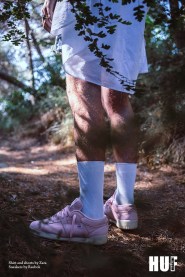 In an age of online dating and hook up apps, the crave for human contact is stronger than ever. Our online personas have taken over and many of us are judged on a single picture and a small sentence. A constant stream of casual sex has left us feeling empty with tenderness and romance becoming a desirable dream. Male self-esteem is at an all-time low and internalised homophobia is on the rise with the toxicity of masc for masc culture leaving the non- white, non-masculine and non-genetically privileged communities feeling rejected and undesired. The art of gay cruising avoids many of the soulless conversations that happen online, with eye contact, subtle gestures acting like a bird-like mating ritual. 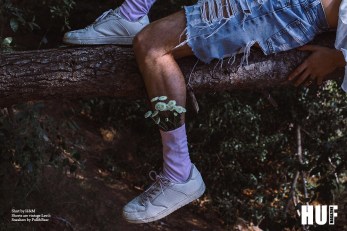 As a reference to this natural “respectful” behaviour, crown shyness editorial is a romantic interpretation of cruising in the woods. On the contrary of anonymous, casual, one-time encounter, we see shy touches, naive moments, unexpected feminine details which gives a critical twist to discriminative “masc for masc” attitude inside the community.

Soft silhouettes and sheer fabrics boast delicate ruffles and lace evoking an air of romance and a return to dandy dressing and male peacocking.